Get fresh music recommendations delivered to your inbox every Friday.
We've updated our Terms of Use. You can review the changes here.

by The Blues Rebels 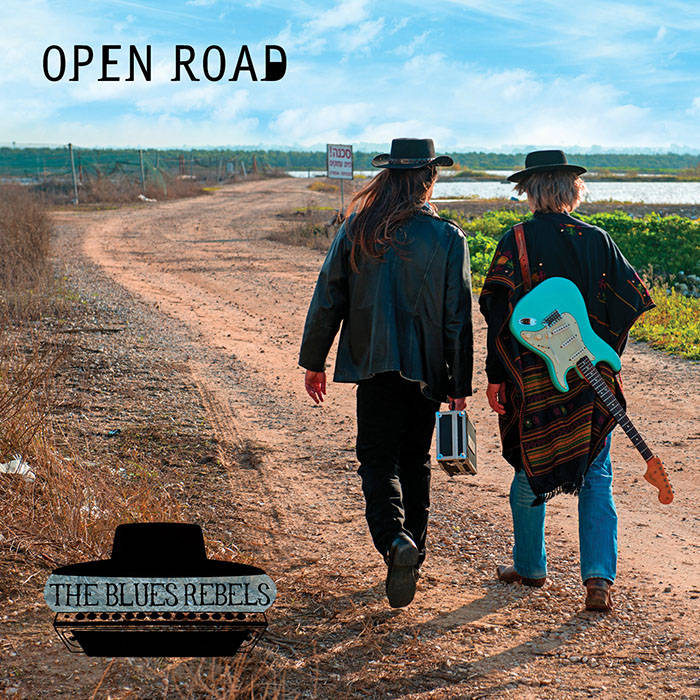 We are proud to present to you "Open Road" – the debut album of The Blues Rebels.
The Blues Rebels began in 2012 as a one-time friendly jam between two veteran Blues artists – guitarist Andy Watts and singer/harmonica player Dov Hammer – but the immediate chemistry between the two and the powerful stage show that resulted was undeniable. The Blues Rebels soon became one of the hottest Blues bands on the Israeli scene, playing with world-class Blues artists such as Joe Louis Walker, Lucky Peterson and Bernard Allison. The band was also chosen to open for the legendary Johnny Winter, who told the band how impressed he was by their performance.
After 2 years of burning up stages with their incendiary live show, the Rebels began work on their first album, a compilation of 14 original songs by Dov Hammer and Andy Watts. The band set up in the studio at Kibbutz Ma'abarot and tore through the songs in three days, capturing the live energy and passion of their infamous live show. The songs feature unique and heartfelt songwriting, blazing powerhouse Blues guitar and harmonica and soulful singing. The rhythm section is funky and in the pocket, with a groove that never quits
We hope you enjoy "Open road"!

"Fans of hard blues-rock and electric blues rock will crave their intense energy and high-octane instrumentation….Dov Hammer’s harmonica roars and charges like his first name: “bear” in Hebrew….With more exposure at home and abroad, the Blues Rebels will conquer the Open Road! - Blues Blast magazine

"They catch a groove, work it well, adding to that gritty vocals, tasty harp and neat guitar…"Open road " is as gorgeous a piece of music as you will ever hear …A super album. I am sure we will hear more from this band , and I , for one, will look forward to that" – Frank Leigh, "Blues Matters" (UK) August 2015

"Tugs at the heartstrings" – Barry Davis "The Jerusalem post"

The rhythm section swings and keeps the everything tightly in order, guitar and harmonica decorate the whole. … excellent musicianship, the songs are raw and melodic and these gentlemen know how to convey the right emotion. My favorite songs here are the boogie 'Devil By My Side" , "Turn Back The Clock " with an exciting bass line and the quiet instrumental title track' Open Road 'with a leading role for Watts' guitar…An excellent debut album and proof that this band has everything necessary to be very big outside of Israel. - Eric Capfens "Blueszine", Holland

For further info about The Blues Rebels, see our website:
www.blues-rebels.com

PRODUCED BY THE BLUES REBELS

"The Blues Rebels are one of the best bands anywhere - look for their new album, out now!" - Joe Louis Walker, member of the Blues hall of fame.
Featuring the virtuoso guitar of Andy Watts and the soulful vocals and harmonica of Dov Hammer, this Blues-Rock supergroup, who played with Joe Louis Walker, Lucky Peterson and opened for Johnny Winter really rocks - check out the Blues Rebels! ... more

Bandcamp Daily  your guide to the world of Bandcamp